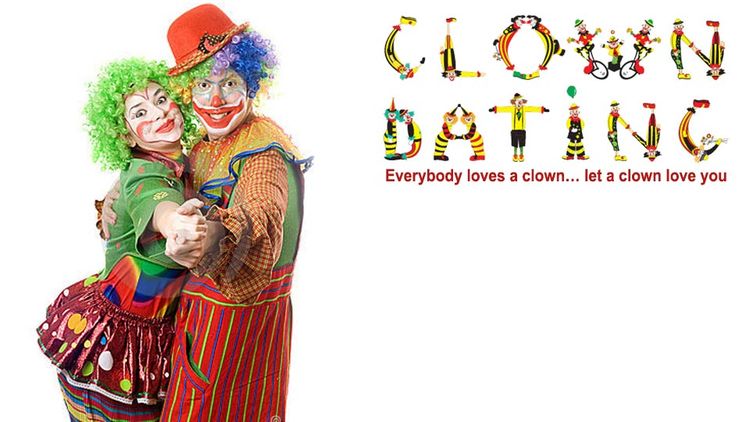 OK, so we’ll start with one that’s not soooo weird! Gluten Free Singles does exactly as it says on the tin… So if you’re keen to hook up with someone who’s as strict about their diet as you are, then this is the place to head for…

Hmmm – still not too weird. But hey – each to their own.

Equestrian Singles is designed for those horsy folk who want to meet other horsy folk. The site’s been featured on Oprah, and covers all areas of the US.

So – starting to head into slightly weirder territory… Sea Captain Date is for anyone who wants to date a – well, the title says it all – a sea captain.

Now, we’re not sure quite what qualifies someone to say they’re a sea captain… Does owning a dinghy count? Or does it need to be a full blown seaworthy vessel? Whatever it is, if guys (or gals) in snazzy white caps do it for you, then head on over to see who’s on offer!

Well, we’ve seen it all now… Because you can judge the person you’re thinking of dating by their pet! But remember – their pet may well judge you too…

Seriously though – Date My Pet isn’t a bad idea for a website. Because as any true pet lover knows – you can never trust a person who doesn’t love animals… And even more importantly, if your dog doesn’t like someone, then you should definitely take heed.

Obviously not, for some people, as Clown Dating is real (and seems to be well populated). Each to their own… But come on now – haven’t these people seen IT?

Oh come on now…! Really, a dating website called Ugly Schmucks! I guess this is the one for those who’ve got a face only momma can love…

Actually, Settle for Love isn’t as awful as it sounds. It’s a site where you can embrace your imperfections – or your weirdness – and those of others too. In fact, this sounds like quite a good angle for online dating. It’s a pretty crowded market out there right now (not to mention big business for the successful website owners).

The dating site for those who’re super tall, or who fancy those who are. Tall Friends will match you with those who’re taller than the average folk – and you’ll be surprised at quite how many of these guys and girls are out there…

Yes, really. Because the Amish have developed a sneaky way of getting online without having computers and electricity. They simply use a middle man (whatever that may mean).

But it must work, because Amish Dating is a real website, with real Amish folks looking for love. And hey – it is the 21st century, so online dating really should be for everyone out there, shouldn’t it…?