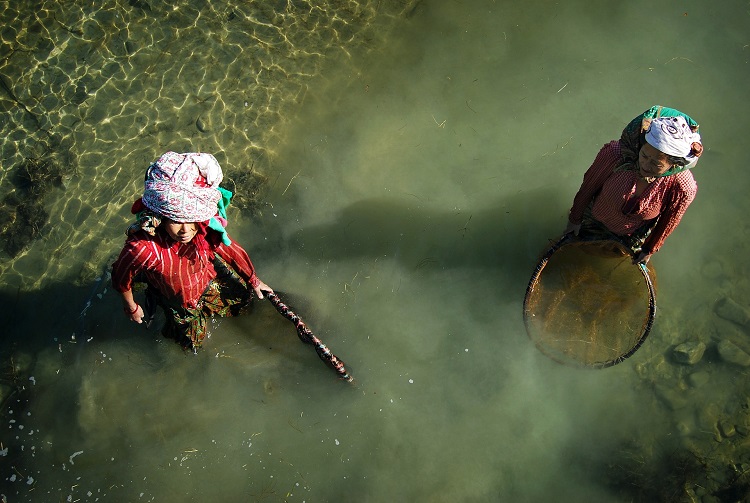 Are you the most impatient person you know? Do you find it hard to wait even five minutes to get what you want?

Instant gratification is something you know well, though you may not realize it. It’s wanting something, and wanting it now. Whether it be a sweet or an answer to a question or for your paycheck to finally get deposited into your bank account, waiting is excruciating, and makes it hard to focus.

You can learn to wait, and you’ll be much better off for it. Here’s how to be more patient in a world of instant gratification.

Teach yourself to resist temptation

Temptation is delayed gratification’s mortal enemy. We grab another chocolate bar even though we shouldn’t, just because we can’t wait 10 more minutes for dinner to finish cooking. We see that our favorite YouTube subscriber just uploaded a new video and we instantly click on that notification to watch it, even when we’re in the middle of doing something more important.

Our urges are much easier to fight off than we realize. Our brains operate on a system that relies on pleasure and reward. We know something in particular, eating a chocolate bar or watching a YouTube video, is going to make us feel good. So we don’t hesitate to toss aside whatever we’re doing and seek that reward and the satisfaction that comes along with it. We can, however, find different rewards to replace the old ones.

Instead of rewarding yourself immediately, set greater rewards for completing tasks from start to finish. The longer you deprive yourself of a certain reward, the easier it becomes to resist the temptation. By the time you finish the task you set out to finish, you might not even want that chocolate bar or video anymore.

When making a decision, list out pros and cons

Spontaneous decisions can be good for us sometimes, but not when the reward we are seeking will prevent us from fulfilling an obligation, meeting a deadline or keeping a promise. You have the chance to stop what you are doing and watch a brand-new episode of a TV show that’s about to air. Do you keep going, or give into the urge?

Making decisions in the moment is not easy. When this sort of thing happens, it helps to list out the pros and cons of each decision you could make. As stated above, the longer you wait to make a decision or seek out a reward, the easier it is to avoid acting on impulse when it’s unhealthy and unproductive to do so.

Get out a piece of paper and literally write down both the good and the bad things that could come from either choice. It will be much easier to see, written out, that the only downside to finishing what you’re doing instead of sitting down to watch that show is that you’ll have to wait until tomorrow. You can do it.

You might be the type of person who responds to text messages and emails within minutes of receiving them, and if that’s what works for you, keep on doing what you’re doing. What you need to realize, though, is that not everyone you interact with will share your habit.

For some, there’s nothing more frustrating than sending an email, receiving a quick response, emailing back immediately with questions and not hearing back just as quickly. More likely than not, eventually, they will get back to you. How do you wait patiently without that unanswered email cluttering your mind?

Organize your inbox and clean up your email practices. There are Gmail plugins, for example, that make emails disappear and reappear at a later date if someone doesn’t reply right away. Sort your emails into folders and set yourself a reminder to check hem at a later date so that you aren’t constantly checking in instead of getting some actual work done.

You’re trying to finish the most important task on your to-do list, but you can’t get that one thing out of your head—something you’re afraid you’ll forget about completely if you don’t stop and do it right now. However, you know that once you start working on it, you’ll get completely sucked in and abandon the work you’re already dong.

First of all, if this is happening to you, it means it’s time to take a break from your current task anyway. If you’ve lost focus, your brain is trying to tell you something. Don’t jump over to that new project, though. Write it down so you can come back to it later, and then distract yourself, intentionally, until you can regain your focus and finish what you started.

Remember that single-tasking is how the majority of successful people retain optimal productivity, even when they have a lot to do. Transition from your most important task to something that will distract you just enough to take your mind off of something you aren’t ready to work on just yet.

Do it just long enough, about 10 to 15 minutes, so that you can return to your original task refreshed and ready to focus. While you’re at it, promise yourself that when you’re done working on this task, you can move on to the one you were tempted to start on before.

Here are a few science-backed ways you can take a productive “break” and distract yourself from whatever is tugging at the back of your mind. There may or may not be a nap involved.

We live in a world where instant gratification is the norm, but you don’t have to conform. Try these methods for learning to be more patient and you will see that waiting for what you want is more satisfying than the reward itself.