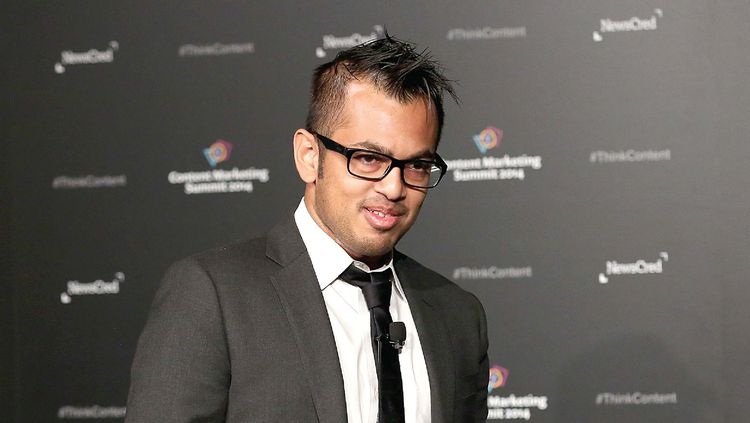 When it comes to role models, some of today’s uber-successful entrepreneurs are those who inspire the next generation. The following are 9 of the very best out there, all who started from humble beginnings and got to where they are now through dogged determination.

Owner and creative director of independent advertising agency, MODCo, this is one determined lady! When given the choice of either studying to be a doctor or a lawyer by her father, she decided instead to go to art school. She left the comforts of home, moved to New York, and funded herself through college.

She believes it’s this stubbornness (and the ability to ebb and flow with whatever life throws at her), that’s brought her success despite the odds. Work hard, stay curious, embrace change – that’s her advice to anyone who wants to be a success.

Camping World CEO, Marcos Lemonis, says to those who’ve just finished college, “Get a job!” This might sound a little harsh, but what he’s actually saying is that now you’ve finished studying, the most important thing is to get into a routine of going to work. And don’t rely on a job in a family business, or even one that’s necessarily in your line of work.

The important take away from this inspirational and super successful entrepreneur, is that it’s important to get into the habit of going to work on a regular basis.

Sun Media Co-founder and talk show hostess, this ‘Oprah of China’ stands out as a role model not only for women, but for anyone out there who has aspirations to make a success of their life. She passionately believes in the youth of today, and in her TED talk, provides the young with a real powerhouse speech about her belief in the abilities of the next generation.

Branson and his Virgin Empire need no introduction. His advice of never take no for an answer is one that’s echoed by many of today’s most successful business people. He constantly provides real and valid words of wisdom to those who want to emulate his success. And we have to say, he’s a nice guy with it…

Founder of Spanx, billionaire businesswoman, Sara Blakely, says that to succeed, you have to get used to rejection. But not only did she get used to hearing the word, ‘no’, she also became an expert in learning how to get a ‘yes!”

Learn how to be concise, how to get over your point in as few words as possible. In fact, what Blakely is saying is one of the most important aspects any entrepreneur needs to hone – and that’s the elevator pitch. Because you just never know when the opportunity will present itself…

Shafqat Islam, CEO of NewsCred, has some advice in common with other super-successful entrepreneurs. And that’s that to be successful, you don’t necessarily need to have followed the business school path. In fact, in some cases he thinks it’s downright foolish!

We guess the important take-away from such a comment is that just because you don’t have the money or resources to get qualified (because let’s face it, a college education is expensive) it doesn’t mean that you haven’t got what it takes to be a success.

Pittsburgh born, Mark Cuban – the serial entrepreneur who now owns the Dallas Mavericks – is often referred to as ‘crazy’. But his opinion of this is that while people are saying this about him, he’s just getting on with the business of making money.

Sometimes controversial, the message that Cuban gives to the next generation of entrepreneurs is that if you have the courage of your convictions, it really doesn’t matter what anyone else is saying about you. All you need concentrate on is making things happen.

Author of The 4-Hour Work Week (and other books), Ferris is out there on a daily basis providing advice and encouragement for today’s entrepreneur. Not only is he a best selling author, but his podcast, The Tim Ferris Show, is considered the #1 out there for business.

He’s the epitome of the self-made success story. And one of the best things about Tim Ferriss is that he’s committed to helping others find their own fairy tale business opportunity as well.

Canadian, Ryan Holmes, is the CEO of Hootsuite is not only super successful, but he provides great advice in the form of short form tips and tricks about everything to do with making the best from the technology we have available today.

Yet another who followed a non-traditional path to success (he dropped out of university in 1997), Holmes is a passionate believer that success is about dogged determination and actually getting of your ass and doing something. It’s that leads you to success.