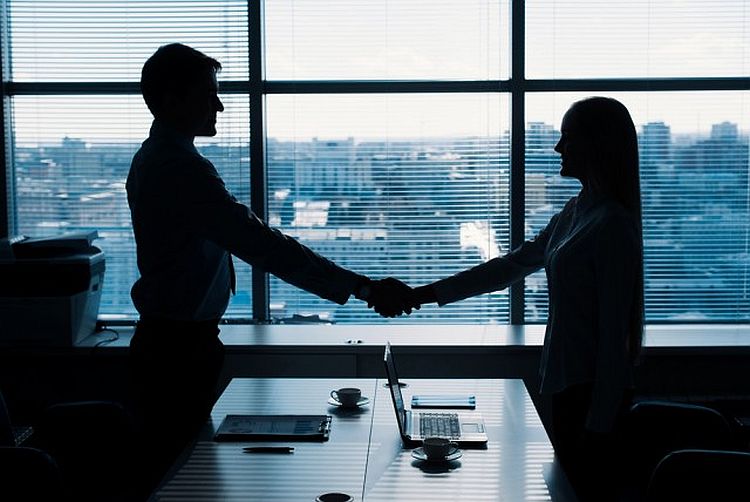 So you like him… But how do you get to find a little more about the real him? Well, the key is to ask the right questions. The following are 7 seemingly innocent asks that’ll help you decide if maybe you’d like to take things a bit further…

1. What expectations do you have of yourself?

Did you know that the expectations we have of ourselves tend to be the same that we have of others? So when he tells you that he is a go-getter who is fired by ambition and drive to achieve whatever he considers to be the next step on the ladder, then don’t be surprised if he expects his significant other to either be of a similar ilk, or to support him wholeheartedly while he strives to reach his goals.

Of course, it’s also likely that he’s not so driven, in which case he’ll probably want his partner to understand this, and perhaps have similar values to him. Whatever the answer he gives, it’s an interesting insight to his inner psyche.

2. What are your professional goals?

Moving on from the above question, it’s very interesting to find out what your (potential) guy aspires to. And it also boils down to what you want in a partner too. Do you crave to be the arm candy at those super important business events? Or would you prefer that he steps down a level and follows you as the uber-successful breadwinner?

Perhaps he doesn’t yet have any idea what his professional goals might be? And that’s ok (as long as he’s not in his 50’s!). But if you get this answer, be aware that he might be one of those people who never actually figures out what it is they really want from a career…

It’s always fascinating to hear about other people’s childhoods. And it’s an awfully good way to understand exactly what it is that makes him tick. For instance, if his parents sent him to boarding school, only seeing him during vacation time, expect his family chemistry to be totally different to a person who grew up coming home to a loving environment every night.

4. What would you do if you won a million dollars?

This is a fantastic question to find out how materialistic a person is. The answer could well be the fast cars, the fancy vacations, the high life… And if it is, that doesn’t necessarily mean that he’s only interested in the trappings of life (although it might well be a clue that this is the way he leans…).

A guy who says that he’d give some of it to charity, or that he’d help out needy relatives, or would treat his mum to something special is in a completely different league. After all, who doesn’t love a fella that loves his mum!

But seriously, ladies – take his answer with a pinch of salt, especially if you don’t know him that well yet. Because it’s not unheard of that you’ll get the, ‘what he thinks you want to hear’, answer, rather than what he’d really do with mucho dollars in his pocket…

Wow! This is a killer question. Because we have to say, even the most liberated of men out there may still harbor that sneaky thought that they are superior to us girls. (And no, this isn’t some crazy female insecurity, it’s based on facts such as the ongoing, proven gender pay gap in the USA and throughout the world).

Women have worked so, so hard over the past years to get where they are today. And we still hold only 24% of senior business roles globally. And this goes down to a mere 22% when you only take the G7 countries into account.

Such a question is certainly a conversation starter. And if you’re going to ask it, be aware that this one has potential to be explosive! But hey, better to find out now that he’s a chauvinistic so and so, rather than a few months down the line. And let’s be fair here, he may well be one of those guys who really does believe in equality. You have to ask the question to get the answer – so good luck with this one.

6. If money and career were no object, where would you choose to live?

This opens the door for a long, in-depth conversation. And that’s exactly what you’re aiming to do, isn’t it? It doesn’t actually matter what his answer might be. The key here is that it’ll lead onto all sorts of other interesting facts that’ll give you loads of insight into what he’s really all about. You might need some caffeine if you ask this one late in the evening…

7. If you could have a superpower for one day, what would it be and what would you do with it?

Oooh – another soul-searching question that’ll (hopefully) lead onto all kinds of other interesting stuff. Be prepared to have to give your thoughts on the same as well, and to justify why you’d like to do what you want to do.

The whole thing about all the above questions is that you don’t simply get his answers, but that they lead onto other aspects and conversations. Just go with the flow, and make sure you give some information about yourself back as well. After all, if this guy is a potential partner, then you’re going to want to be working as a team. Enjoy your probing, and we’re sure you’ll find that loads of other great questions simply pop up along the way. That’s half the fun of dating (and potential dating), after all. Enjoy…