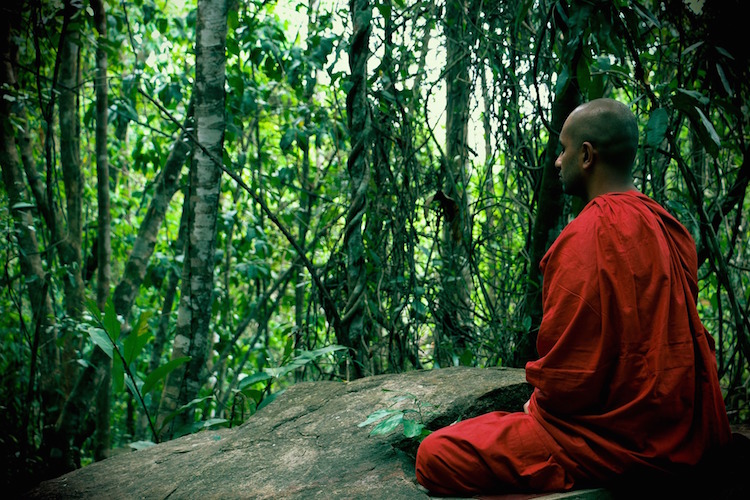 Transcendental Meditation, often referred to as simply TM, or the TM Technique, is practiced by millions of people throughout the world. Derived from the ancient Indian Vedic tradition, it’s a technique that was brought to the USA in the 1960s by the late Maharishi Mahesh Yogi.

And for anyone who’s skeptical, there have been over 380 peer-reviewed studies on the technique published in over 160 scientific journals. So much so that it’s now become a recognized method by many medical doctors as an alternative method to modern medications and drugs.

There’s a great video on YouTube by Quantum Physicist, John Hagelin, Ph.D. that talks about the scientifically proven benefits TM can have on a person.

It seems that there’s little doubt that Transcendental Meditation really can have a positive impact on our lives. We outline some of the amazing benefits practicing TM can have for you.

In 2012, the American Heart Foundation published the results of a controlled 5-year study on patients with established coronary heart disease. In short, and to quote, the conclusion of the study was that “The TM program significantly reduced risk for mortality, myocardial infarction, and stroke in coronary heart disease patients”.

In addition, TM has been proven to be the only meditation technique that can lower the blood pressure, as shown by a scientific statement from the American Heart Association in 2013. This in itself is incredibly helpful to the body, both in those with a pre-existing heart condition and for those without.

In addition to coronary heart disease, a healthy blood pressure has a massive positive impact on those with health issues such as atherosclerosis, congestive heart, failure, left ventricular hypertrophy, myocardial ischemia, and metabolic syndrome.

In short, Transcendental Meditation provides huge benefits to our cardiovascular health – and this includes both improvement for those who already have some kind of heart disease, as well as helping to prevent such issues occurring in the future for currently healthy individuals.

This is one of the major reasons many people first take up TM. In fact, it could well be the primary benefit of the technique. Whilst some stress is good for you, too much and for too long has all kinds of detrimental health effects on the body.

Practicing Transcendental Meditation helps to balance the levels of hormones within the body, balance the nervous system activation (and therefore the over-production of stress hormones such as cortisol and epinephrine), and increase the coherence of the brain. Together this allows the body to stop over-reacting to stressful situations.

Something that often goes hand in hand with stress, the inability to sleep is becoming an increasing problem for many in the Western world. TM has been used by many as a way to simply ‘slow down the mind’ – in other words, allow yourself the time to switch off and actually fall asleep when you go to bed.

A lack of sleep can have many effects on the body. This includes reduced reaction time, so is a leading cause in motorcar accidents. It also affects your reasoning, concentration, thought processes, and problem solving abilities.

In addition, it can put you at a higher risk of various health issues, such as hypertension, diabetes, stroke, and heart disease.

Companies of all sizes are becoming more aware of the benefits TM can have for their employees. Once stress levels are lowered, the ability of a person to better function at work can truly improve. This leads to an increase in a person’s effectiveness, leadership abilities, professional relationships with work colleagues, and a lowering of sickness absence.

Not only is this amazing benefit for companies, but also for those who are self-employed – becoming more productive in your working day is a massive plus point.

The effects of TM on known medical conditions has been shown to be of much benefit. These include those suffering from chronic pain, high cholesterol, ADHD, diabetes, eczema, chronic fatigue, PMT, menopause, weight loss, cancer, asthma, autism, IBS, migraines, and depression.

We all want to improve our quality of life. Practicing transcendental meditation has proven to help thousands of people improve theirs in many ways. From having more energy, improving creativity, helping with relationships, and simply helping a person to enjoy their life to the full, these are only some of the reasons that many become converts once they begin to learn the technique.

While there is no demand to actually give up smoking, it seems that for those who take up TM it’s something that becomes a natural thing to do. This could well be down to the effect of removing the stress from your life, making the dependence on nicotine something that’s no longer necessary.

The same seems to be true for those suffering from alcohol addiction. Scientific studies have shown that the TM technique is 1.5 to 8 times more effective than other techniques or programs on being able to control alcohol intake or to give it up altogether.

In addition to the act of being able to overcome alcohol addiction, there have also been positive results in those dealing with the emotional trauma of recovering from the illness. This has even been shown to be true in those recovering alcoholics with very little or even no financial or social support.

How to learn Transcendental Meditation

If you’re more of a ‘hands on’ person who’d like to attend classes or get a coach in the art of TM, the non-profit organization based in the US, TM.org can put you in contact with instructors in your local area.