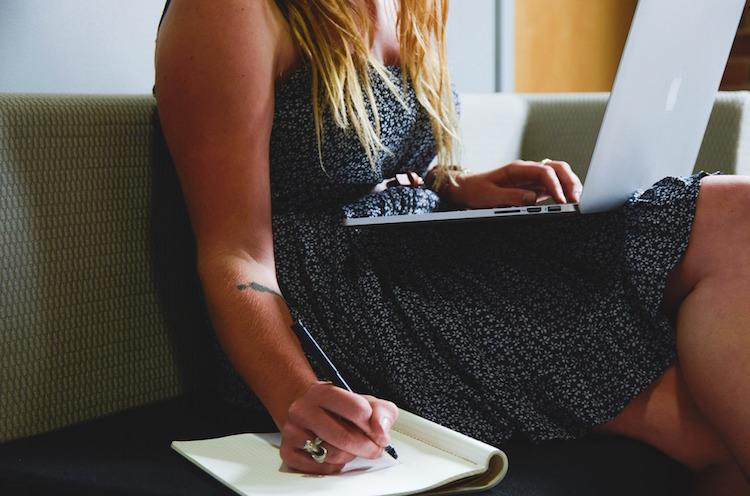 Despite the rise in females taking the lead positions in business, there are still far fewer female entrepreneurs today than men. And that’s true globally, as well as in the US. In fact, statistics show that only around 30 percent of successful new start-up businesses are headed by women.

However, there are always those who prove to be the exception to the rule. Because around the world today are some amazing female entrepreneurs. In fact, there are many schools of thought that say that women make better entrepreneurs than their male counterparts. This article published on forbes.com is just one that provides some insight into the reasons why this might be true.

So let’s take a look at some of the world’s most successful female entrepreneurs, and a little behind each success story.

Founder of The Huffington Post, Ariana Huffington is listed in Time Magazine’s 100 most influential people, and the Forbes most powerful women list. Since setting up the online Huffington Post in 2005 (now one of the most widely read online sources), she won a Pulitzer Prize in 2012. In addition she’s also the founder of the 2016 launched, Thrive Global, a productivity platform that provides coaching and training for both companies and individuals.

In such a male orientated culture such as China, Lan Yang is a stand out amazing women as the co-creator of Sun Media. Now one of the most powerful people in Chinese media, Yang is often referred to as ‘China’s Oprah’, as in addition to an empire that covers newspapers, magazines, and TV, she’s also a leading television host.

Far more than simply an author (although it was her incredible Harry Potter stories that catapulted her into fame and fortune), J.K. Rowling has turned her imagination into a business empire. Following the success of her books, she formed an integral part in the film franchise and theme parks that followed. And that work continues today, with the recent launch of the movie, Fantastic Beasts and Where to Find Them, a Christmas 2016 blockbuster.

No list about successful females would be complete without Oprah. Best known for hosting her uber-successful chat show (1986-2011), she’s also a highly respected producer, publisher, actress and philanthropist. She’s truly an inspiration for women the world over, overcoming sexual abuse early in her life and a troubled adolescence to become the queen of US television.

Founder of the shapely apparel company, Spanx, Sara Blakely is also listed in Forbes Top 100 most powerful women in the world. Born in Florida, Blakely invested her life savings of $5,000 at the age of 29 to begin her company. Today she remains the 100% owner of this amazing success story, a business that has a sales income of around $400 million.

Current Chairman and CEO of PepsiCo, Indra Nooyi is one of India’s true female icons. She forged her career thanks to tenacity and hard work – a woman going through the university system in India in the 1970s. Working her way up the ladder, she took the prime leadership position with Pepsi in 2001. She’s listed as number 14 on the Forbes Power Women 2016.

Entertainer/entrepreneur, Beyoncé, isn’t just all about the voice. She’s taken her singing career forward, and now is a big player in the fashion world with her companies, House of Dereon (launched in 2004) and shop.beyonce.com that entered the market in 2014.

Chinese born business talent, Zhang Xin, is co-founder of one of the largest property developers in China, Soho China. In addition to the company being the largest real estate developer in Shanghai and Beijing, in 2014 she also set up the company Soho 3Q – pioneering the concept of co-working within the country.

American fashion designer, business woman, and philanthropist, Tory Burch, started her fashion line back in 2004. These were an instant hit, leading Oprah to become became a fan. And once the queen of American TV gave the fashion line her endorsement (calling her ‘the next big thing in fashion’), Burch’s business soon hit the stratosphere. Today there are over 180 Tory Burch retail stores worldwide, as well as the line being carried in over 3,000 global department stores.

Founder, chairman, and CEO of India’s largest publically traded biopharma firm, Biocon, this is another amazing female who fought her way through a male-orientated world to become the success she is today. She was the only female on a 1974 course to study the art of malting and brewing, going to Australia to do so. Once qualified, she was told in her native India that she would never be hired as a Brewmaster because ‘it was man’s work’.

Undeterred, she continued in her quest, and soon a happy union with Biocon Biochemical Ltd, Cork, Ireland set her on the path to found the 21st century success story that we know today.

Founder and CEO of Epic Systems, a company that sells electronic health records, Judy Faulkner, has been described by Forbes as ‘The Most Powerful Woman in Healthcare’. She gained two degrees – one in mathematics and one in computer science – before going on to create her company in 1979 (formerly called Human Services Computing) with the backing of a $6,000 investment from her father. Today she’s a self-made billionaire.

Co-founder of mobile technology company, HTC, Cher Wang has an estimated worth of around $1.6 billion (according to Forbes). Born in Taiwan, Wang gained a degree in economics in 1981 before working for First International Computer. In 1987 she co-founded VIA Technologies, a company that manufactured motherboard chip sets.

But her goal was always hand held computers. And in 1997 she went on to co-found HTC. A very private person, she also is a big player in charity, one of which is the Guizhou Forerunner College, which provides free education to children of low-income families.