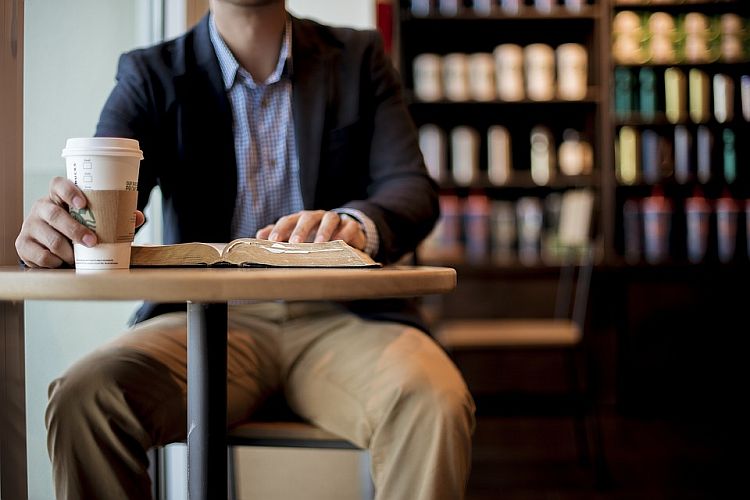 Hey – there’s nothing quite as cool as a guy who shows his intellect by the books he reads. The following are some of the words of note that every man worth his salt should be seen to be reading (or can say he’s read).

1. The Call of the Wild by Jack London

Who’d have ever thought that a book published in 1903 with a dog as the central character would’ve become a global classic? But that’s exactly what happened with The Call of the Wild. This wilderness story of a pet dog stolen from his home and sold into the Alaskan sled trade where he has to revert back to his wild instincts in order to survive.

Jack London manages to capture the essence of leadership in a way that will resonate with every red-blooded male out there. An amazing read.

2. How to Lose Friends and Alienate People by Toby Young

If you’ve ever made the move to a big city, then this tale of ‘how not to do it’ is going to resonate on at least some small level. And if you’ve yet to take the plunge? Well, the strangely compelling How to Lose Friends and Alienate People is a life-lesson in how not to do it…

3. The Rider by Tim Krabbe

Cult classic, The Rider, is a passionate tribute to the sport of cycling. Make no mistake, this isn’t a boring, dry monotone. This describes a 150 km race from the rider’s point of view – in each painful, tactical, exciting, adrenaline rush that is what truly makes the sport the grueling effort it is.

Even if cycling isn’t your thing, the grit and determination that’s so clear within the pages is something that can be applied to any walk of life.

4. My Uncle Oswald by Roald Dahl

Thought Roald Dahl only wrote kid’s books? Well think again… The guy’s adult works are as amazing as they are weird as they are disturbing. And My Uncle Oswald is no exception. The story is about a plot to obtain the world’s most powerful aphrodisiac. We won’t spoil the plot – suffice to say it follows some adult themes along the road to its explosive ending.

5. Into the Wild by John Krakauer

Into The Wild is the true story of a young man who discarded all the trappings of life to hitchhike to Alaska and then walk alone into the wilderness. He was found dead only 4 months later…

The book delves into the reasons why he made the decisions he did, and how these created the paths that ultimately led to his destruction. Mesmerizing, at times heart breaking, but a truly satisfying read.

6. The Picture of Dorian Gray by Oscar Wilde

Oscar Wilde’s only novel, The Picture Of Dorian Gray, is certainly one of the world’s classics. Sink into the witty, cocky, vain, hedonistic, vain world of debauchery in late 19th century England, and be enthralled by the horror and suspense that has made this book read by so many around the world.

This dark, satirical journey into a utopian future is a entertaining, yet thought provoking read about humanity and what it is that makes our race unique. Terrifying but compelling, Brave New World is perhaps one of the most prophetic works of the 20th century.

8. The Satanic Verses by Salman Rushdie

One of the most controversial books of modern times, The Satanic Verses is the story of both Eastern and Western values, and is very fitting for the world we live in today. Beginning with a terrorist bombing of an aircraft, Rushdie cleverly combines angelic and evil with reality and imagination.

9. A People’s History of the United States by Howard Zinn

If you want a truly rounded perspective of the history of the US, then it’s necessary to hear it from the point of view of those who tend not to shout so loudly. In other words, the women, the factory workers, the African-Americans, the working poor, the immigrant laborers, the Native Americans… You get the picture.

A People’s History of the United States gives you just that. And hearing about what’s made our country what it is from the ‘real people’s’ point of view will almost definitely make you re-think a lot of what you thought you knew about the history of our country.

Slaughterhouse Five is a classic anti-war book, focusing on the bombing of Dresden. Vonnegut brings this atrocity closer to home, cleverly symbolizing how these tragic events mirror what goes on in our own lives, and how each of us is searching for meaning. But to truly get there, we need to open our eyes to things that we are scared to know.